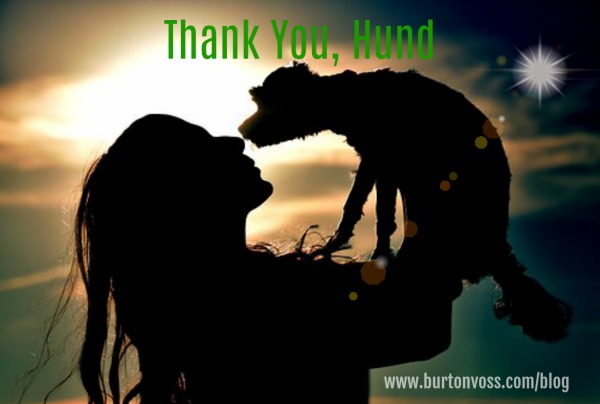 Esther May rubbed Hund’s back. Petting a dog was almost necessary when a good cry came along. Dogs understood and lay in laps as long as they were needed. She looked at the stump of his left rear leg. “You didn’t give up, did you, Boy? Well, I’m not going to, either.”

She gave Hund a final pat and wiped her face. “Let’s move on.”

There wasn’t much to do to get ready. The mules had stood in harness throughout the flash flood. The geldings, hers and the Navajo’s sorrel, were still tied to the wagon. She should have let them graze, but her attention was on Easterly’s disastrous crossing. The animals would have to wait until the evening stop.

She put Hund in the wagon, picked up the hitching weight, climbed in the seat and popped the reins. “Haw, mule. Giddy up.”

The road, not much more than a trail, wound around occasional mesquite trees and boulder outcroppings. Often the way was sandy, sometimes hardscrabble but always uphill. Esther May let the mules pick their pace. She no longer felt the urge to make up songs to hurry the team to Arizona.

She watched the hypnotic hindquarter movements of the mule in front of her. As muscles rippled with each step, a strip of brightness, light reflected off hair, slid across the mule’s rump. Left … right … left … right until her mind was numb with the rote of it.

How long? Ten steps? One hundred? A thousand? Esther May lost track of time until Hund’s whining penetrated her lethargy. The dog was looking rearward.

Esther May peered through the back of the wagon’s canvas cover. She saw nothing, but she trusted Hund. If someone was coming it wouldn’t do to be seen as a helpless woman. She let the reins fall, swung over the seat into the bed and searched for the men’s clothing she had seen.

The pants fit reasonably well. The shirt was a little baggy, which was probably a good thing. She could pass for a young man, except for her hair. She couldn’t find a hat, and her bonnet wouldn’t do. She located the belt with the knife, strapped it on and pulled the blade out of the scabbard.

Her long brunette braid fell. She kicked it under some sacks. She continued to cut her hair until it wasn’t lower than her ears or the collar in back. She reached under the seat and retrieved the yellow boy .44 caliber rifle.

Hund moved to the back of the wagon, still intent on the backtrail. Esther May swallowed, trying to dislodge the lump in her throat. There were cartridges for the rifle here somewhere. She had to find them.

They were in a small chest of drawers, along with a wool kepi Union Army hat. She wanted a cowboy hat not this. She was a Texican and should be wearing gray, not blue.

Esther May slammed the hat down around her ears and guided the team into a draw off the road. She dropped the hitching weight, took position, and drew aim over the top of a boulder. Anyone coming along would be in her sights.

Two lone horses walked into view a quarter mile away. Esther May squinted and raised her chin from the rifle stock.

She knew those animals.

Hund barked again. Esther May grabbed the little three-legged dog and whirled around. “They made it, Hund! They made it.” She put the dog down and laughed as he hopped toward the horses.

The chestnut stallion limped on his right front hoof. Skewy’s ears were up and forward, but she kept her pace even with the stud.

Esther May finished wrapping the chestnut’s foreleg. “There’s them that’d shoot you for that limp, but if you can wade a flood and walk this far, I’m willing to bet you’ll heal that leg.”

She made a small feedbag for each animal and gave Hund a bite of Jerky. “Here it is, guys,” she said. “I’m sure there’s grazing to be had farther on yonder, but …”

She scratched Skewy’s ear. “The thing is, you lived because you weren’t in a harness.”

Esther May dragged in a shaky breath. “Neither was Easterly.” She set her jaw.

We know about people and their pets, but did you know horses and riders bond? True. Read about it here (and no, the ad isn’t mine).