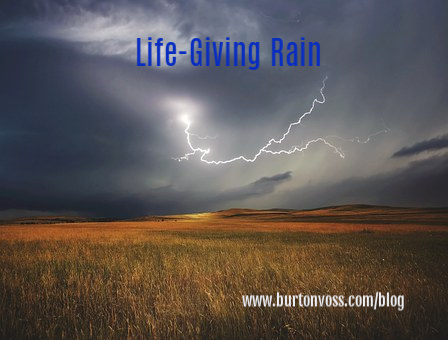 Music to the Tune of Hoofbeats

Easterly chewed a twist of jerky and hummed a ballad of noble men performing mighty deeds. He imagined young maidens swooning at the heroic derring-do. He wished he could remember the words for they always brought a tear to his eye.

This would a safe time to let his eyes water. He was alone. Esther May was out of sight ahead of him. The Civil War tune of men marching to battle came to Easterly’s mind by the plodding clop of equine hooves. The steps of two mules pulling the wagon, plus Skewy and the chestnut stud tied on behind, provided the beat of his reverie.

Esther May could be a maiden worthy of a hero, but the thought that she kept going bothered him. Why didn’t she glance back to check on him? Did she have ironclad faith that he was there, or was she not interested enough to check?

Either way, it was unsettling to Easterly to be separated. He’d catch up with her when she stopped for lunch. Then they’d reach an agreement on staying together. Esther May didn’t seem to appreciate the risk of being out here. This was a dangerous country.

Well, not the country itself. The land was inviting. They had been climbing in elevation since leaving the Rio Grande. Sagebrush and tall grass stretched to the hills where it was still raining. The grazing here could support a herd of cattle. Many cattle. If the Arizona Territory didn’t pan out, he could return here to start ranching.

Of course, the Apaches might have something to say about that.

Easterly crossed the top of a hill. In front was a deep depression. The land here lay relaxed, not like the steep crags and arroyos on the other side of the Rio Grande. The hills were round, and so were the valleys. Mirror images of each other. The trail went straight to the bottom of the hollow and back up the other side. Down the center ran a brush line speckled with random trees indicating moisture. Perhaps a stream.

Esther May was on the far side waving. Easterly’s heart thumped. He let the wagon pick up downhill speed fast enough to push the mule team.

The stream was bigger than he thought. Dirtier too. Mud and brush were thick in it.
Esther May waved her arms over her head. She looked like she was yelling, but he couldn’t hear her over the noise of the stream.

Shouldn’t Have Tried To Cross

The crossing wasn’t right. Water reached the hubs, and Easterly was only a little way in. It was now a creek—and rising!

He heard rocks tumbling in the rushing current. The horses behind nickered. Easterly felt them jerking against their leads. The smaller mule, Hombrecito, staggered. The wagon moved sideways then began a steady budging downstream.

Easterly dropped the reins, staggered to the rear and jerked the slip-knot out of the mare’s lead rope. She was free. He reached to do the same for the stud. As he pulled on the tie-down, the chestnut lunged away. The move yanked Easterly out of the wagon into the flash flood.

He tumbled in the torrent and swallowed water. A glimpse of light. He flailed toward it.

One breath and he was under again without ever regaining his feet. He was going to lose his life.

Drown! In the high desert. He rode all the way from Pennsylvania for this.

Another massive mouthful of grit and sludge went down his windpipe. He wanted to say goodbye to someone—anyone.

A stabbing pressure impaled him, stopped his tumbling. The dark current pinned him against a small mesquite tree. His head was above water, but he couldn’t climb higher.

But he could breathe.

The mesquite tipped. It was going to wash away.

Not many folks survive in a flash flood. Will Easterly? Leave a comment.

Here is one view of a flash flood.

Here’s another in a rural wash where the flood started miles away.